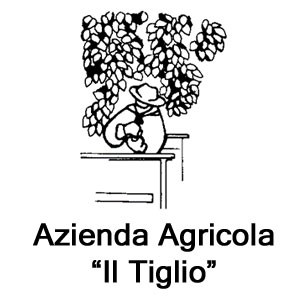 This buckwheat honey is 100% Italian handcrafted made honey.

It is characterized by a dark red colour, intense aroma and rather bitter flavour.

Properties: Organic buckwheat honey has excellent antioxidant properties, it is a source of eighteen amino acids and help to combat anemia.
It is an excellent remedy to soothe the cough.

Available in a glass jar of 250gr

Honey originates from the action of bees' gastric juices on flower nectar: nectar sucrose is converted into glucose and fructose, two simple sugars that our bodies can absorb directly without having to be digested.

Numerous tests have demonstrated how honey and its derivatives (royal jelly and propolis) can facilitate the healing of burns and wounds, alleviate irritation of the throat and act as a tonic and anti-anaemia.

Rock paintings dating back thirty-five thousand years in Spain and Africa, show humans intent on collecting honeycombs and are evidence of the fact that Man already realised the importance of honey.

The Romans imported large quantities of honey from Crete, Cyprus and Malta, for serving with food (both savoury and sweet).

As well as nutritional and healing properties, honey has always had ritual and cultural significance in almost every area in the world.

In Greek, Roman and Arabic literature the "golden liquid", mixed with herbs and spices, became mead, a drink which was thought to be a powerful aphrodisiac.

Pythagoras recommended honey as an elixir to long life, and popular belief held that it would help develop wisdom and eloquence if taken in large quantities in childhood.

In the Eighth Century Charlemagne introduced a law to regulate the exploitation of wild bees in the Imperial estates, while in the Fourteenth Century bee-keeping techniques were perfected in the great abbeys.

Rita and Paolo are not just beekeepers: they have a very personal relationship with their bees.

They refer to them, in fact, as their "hard-working little girls".

The end-product is the fruit of this perfect "joint venture".

Apple jam with cocoa, an amazing taste for your daily breakfast. Ideal to mix with ricotta and mascarpone cheeses. An Italian jam rewarded by "Gambero Rosso Golden Book". Pectin free. No chemical thickeners are added. Available in a glass jar of 220gr.

Always forgiving to any cooking technique, even the most daring ones, Felicetti MATT Organic Spaghettoni are a long excellent pasta for your joyful moments of conviviality. They are bronze drawn and produced with organic Italian Matt durum wheat only. Available in a pack of 500 gr.

Nocciolì is a hazelnut and cocoa spread with Decimi extra virgin olive oil. This hazelnut spread was created to combine taste and health and is gluten-free. Delicate and tasty, it wins you over with its soft texture from the very first taste. Excellent spread on bread, croissants, biscuits, perfect for filling cakes and desserts. A unique flavour for the most demanding palates. Available in 250 g glass jars.

These organic rusks are produced with as many as 9 organically grown ancient grains. Low amounts of gluten, mother yeast, wheat germ and stone milling ensure a high feeling of well-being and excellent nutritional values. Excellent for a healthy and genuine super breakfast. One of a kind high quality product. Available in packs of 180 gr.

This Strong Blend Coffee is made with the best qualities of Arabica and Robusta. For those enjoying a vigorous and intense cup of coffee. Its aroma is full and fragrant, with spicy notes, typical of the Robusta quality. Our Strong Blend Coffee is suitable for your Moka Pot and all traditional coffee machines. Available in an aluminium can of 250 gr.