Mixed tastes of Modica chocolate, an original gift idea for one of the most famous Sicilian pastries. 5 delicius bars of 100gr each. 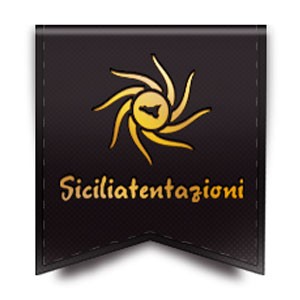 Warning: the image is purely evocative. The content of pack might be modified depending on stock availability.
Products and quantities contained in the pack are precisely defined in the section: This pack contains

The picture may not accurately reflect the appearance of the product due to packaging changes/updates by the manufactures.
The producer on his own initiative could modify the ingredients contained in his products for reasons beyond ATMOSFERA ITALIANA control.
As a result, there may be discrepancies between the information entered on the label of the delivered product and those reported on the ATMOSFERA ITALIANA website.
ATMOSFERA ITALIANA invites its customers to always read the label, the warnings and the instructions written on the delivered product before consumption it.

The chocolate of Modica is a particular type of chocolate that differs from traditional chocolate because it is produced by a cold working process which excludes the high-temperature long mixing phase of the typical ingredients of chocolate.

During processing, the cocoa mass is processed at a maximum temperature of 40° C (hence the name "cold working") and mixed with caster sugar and spices such as cinnamon or chili, or with orange rinds.

Then the cocoa mass is laid on a pastry board already heated and subjected to several rounds of straightening.

The dough is always kept at a maximum temperature of 35-40° C, so that the sugar crystals do not melt and remain intact within the dough.

The particularity of the chocolate of Modica consists in the fact that during the chewing it remains grainy chocolate, sugar comes in clear crystals inside the bar because it is mixed with cocoa and not dissolved in it, and in the absence of foreign substances like vegetable fat, milk, soy lecithin and emulsifiers.

This recipe goes back to the Spanish domination of Sicily (16th century).

Primary pole of this production was the County of Modica, at that time the most important feudal state of southern Italy.

Some sources report that the Spaniards have learnt the recipe from the Aztecs.

There are still traces of this type of processing in Mexico and in Guatemala and in the area of Alicante in Spain, where the chocolate is called "el chocolate a la piedra".

This special kind of chocolate was a typical sweet of noble families who produced it at home, during the holidays and for especially important occasions.

The tradition of modichese chocolate was passed on to the present day acquiring the international reputation it deserves.

The bitter orange marmalade jam is good marmalade only made with Sicilian oranges. It 'great for people who does not like too sweet flavors. It has a crystalline appearance, a full taste with a pleasant bitter aftertaste. Available in a glass jars of 240gr.

Buy Giuggiolone jujube fruit wine. A delicious golden colour wine liquor for after dinners. It's excellent paired with matured cheeses, also with spicy and blue cheeses and great to accompany dry pastries. Enjoy it with your friends or while you are reading a good book. Available in a bottle of 37.50 cl.

Apple jam with cocoa, an amazing taste for your daily breakfast. Ideal to mix with ricotta and mascarpone cheeses. An Italian jam rewarded by "Gambero Rosso Golden Book". Pectin free. No chemical thickeners are added. Available in a glass jar of 220gr.

This Mixed Fruit Mustard has a sweet-spicy taste. The fruits are cut into slices or whole, of medium consistency, each with a different taste and colour
Available in a 300 gr glass jar.

Nocciolì is a hazelnut and cocoa spread with Decimi extra virgin olive oil. This hazelnut spread was created to combine taste and health and is gluten-free. Delicate and tasty, it wins you over with its soft texture from the very first taste. Excellent spread on bread, croissants, biscuits, perfect for filling cakes and desserts. A unique flavour for the most demanding palates. Available in 250 g glass jars.

Gift Pack: Mixed Jam. 3 different jams by Si.Gi in glass jars of 220 gr each. The SI.GI. Farm is mentioned in the gold of Italian excellence giude published by Gambero Rosso Association. Excellent for breackfast. Delivery by express courrier wherever you want.

Mixed Compote Without Sugar (Pack of 4)

Pack of 4 mixed compotes without sugar. Fruit jams without sugar are more properly calls compotes. Fruit Compotes differ from jams for the smaller quantity of total sugar. They are produced with the best fruits, adding only fructose. Excellent for low-sugar diets. Available in a Pack of 4 - each glass jar 345gr.