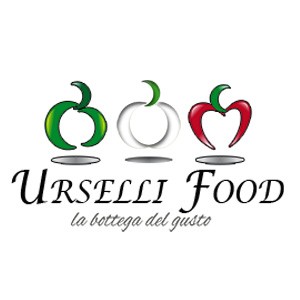 Very meaty and tasty, "Bella di Cerignola" olives have a pronounced flavor and a unique taste.

These olives are excellent for aperitifs, to accompany a plate of cold cuts.

Olives "Bella di Cerignola" give their best with a good pecorino cheese, homemade bread or taralli.

Allergens: It may contain traces of celery, lupins and fish.

Available in a glass jar of 290gr.

To preserve their quality, the production must not exceed 150 quintals per hectare.

After calibration, the olives are soaked in an alkaline lye solution and then washed with pure water to remove the sodium solution.

They are left to ferment in suitable containers 30 to 60 days, where the olives are covered with brine.

The olives are then canned with brine in glass jars or tins and pasteurized.

The cultivation of "Bella di Cerignola" olives dates back to ancient times.

Some authors believe that this "cultivar" (a plant or grouping of plants selected for desirable characteristics that can be maintained by propagation), is derived from the quality "Orchites" of the Roman times.

Others argue that "Bella di Cerignola" olives were imported from Spain before 1400.

We know for sure that at the end of the 19th century olives "Bella di Cerignola" were sent in the eastern part of the United States of America.

The "Cugnett", 5/10 kg typical wooden containers, were instead used for family supplies.

The olives "Bella di Cerignola" are produced according to a strict protocol and are a “DOP” product “Protected Designation of Origin”.

UrselliFood is a small company specializing in the selection and marketing of strictly Italian gastronomic excellence.

Buy now exquisite tuna fillets in olive oil. The skilful Sicilian tradition proposes these selected tuna fillets of superior quality. Great for all your recipes. Enjoy them with a good Italian pasta. Available in a jar of 200gr.

Happy Hour Salami is a salami produced as Salame di Coscia, that is, with pork leg meat, a pork raised and slaughtered in Italy. The smaller size and thinner casing give the Happy Hour Salami a different fragrance with a clean, non-garlicky and non-spicy flavour. They are perfect as “Cut & Eat” for a snack, for a picnic and with aperitifs. Minimum maturing period 10 days. Whole salami of 270 gr (± 10%) vacuum-packed..

Italian extra virgin olive oil from Apulia region. Golden green colour, fruity, sweet and intense taste. Produced in a closed food processing chain. The manufacturer checks the whole productive cycle, from the harvesting of olives to the processing of the raw material. Available in 1 liter bottle.